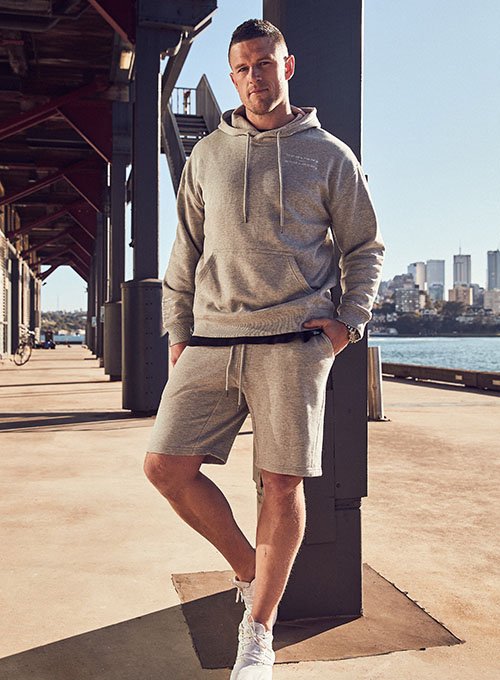 It’s a very commonly asked question to all professional rugby league players, “Have you thought about what you are going to do after football?”

I remember the 1st time someone asked me that. I was 22 years old and into my 3rd season of 1st grade in the UK. To even think about life post-football at that age seemed outrageous and so distant. Being young and naive, I brushed off the thought of retirement with the generic answer of, “Umm, I’ll probably look at doing some studying within the next few years or try and get a trade under my belt, but I’m not too sure yet. I just want to focus on my footy for now.”

Fast forward 9 years, and there I am…RETIRED at 31 years old. My career cut short a few years earlier than expected after deciding that I physically couldn’t get the performance levels out of my body that I had experienced throughout the duration of my career. I made a decision to play out the 2018 season with the Salford Red Devils in the English Super League and that would be my final year, even though I was contracted for the 2019 season. I wanted to finish on my terms, playing to a standard that I had maintained throughout my career. The long list of injuries and surgeries had finally taken their toll on my body. 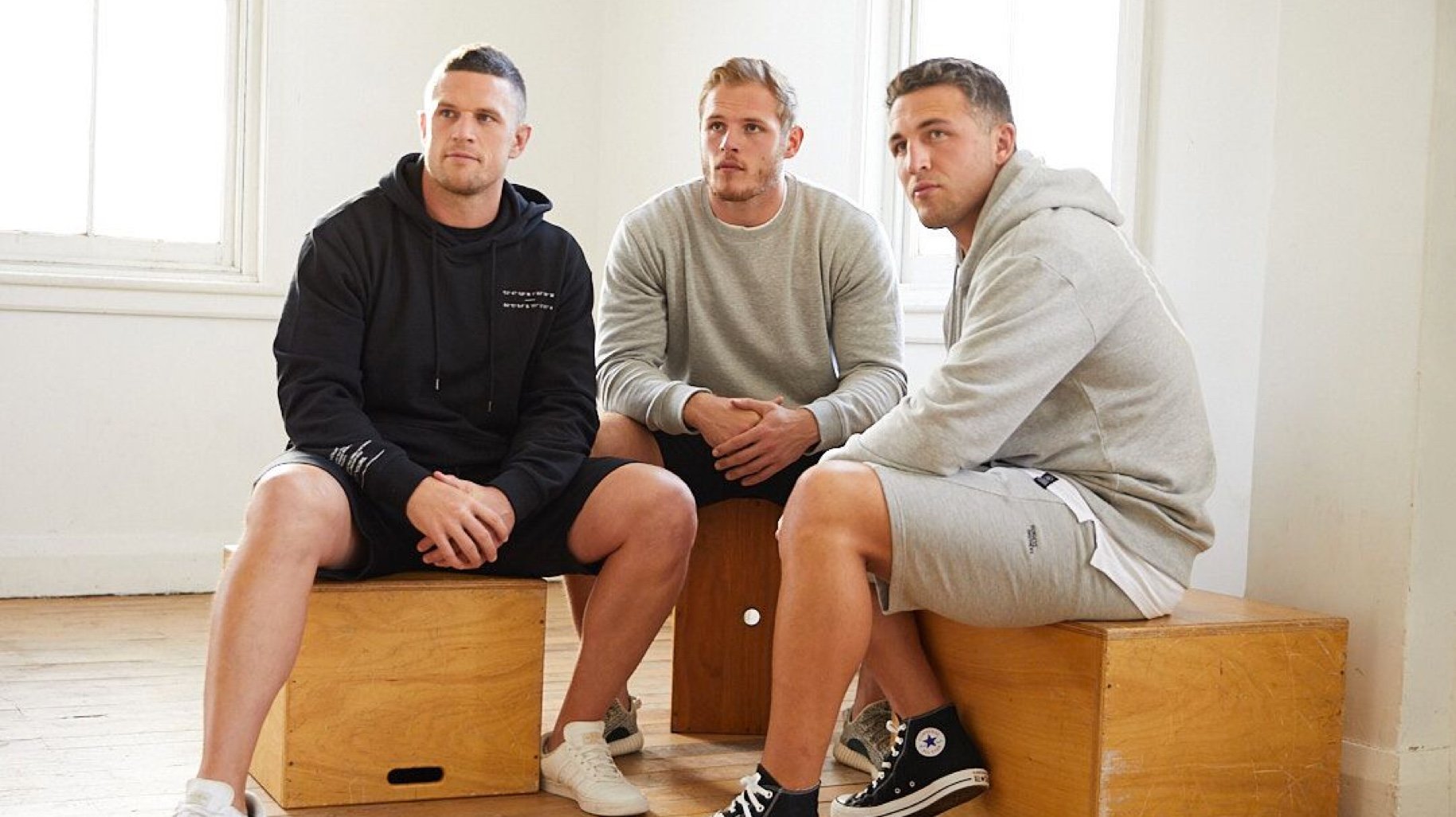 Now rewind a couple of years back to the end of the 2016 NRL season. My 3 brothers and I had developed somewhat of a following or brand as 4 brothers from the north of England playing in the NRL. The more we spoke with people and listened to their reactions and appreciation for our achievements as a family, the more we began to realise it was something pretty special. It’s something that I am extremely proud of and have certainly started to reflect on a lot more during retirement.

It was at the end of the 2016 season that we began a branding process with a company in Sydney who helped us flesh out our core values and identify the attributes we wanted to uphold as a brand (an extremely important process for the longevity of our brand). Our goal was to create a brand that would help us connect with our audience at a deeper level, to continue on our journey long after football. We’ve always felt a great connection to all of our supporters, the general public that didn’t follow the sport, and people that we would have interactions with on a daily basis. After many extensive brainstorming sessions together with the brand development company, 4B was born.

Since late 2016, 4B had been moving along slowly in the background. We found it hard to get together as a group whilst we were playing football, as I had moved overseas for a couple of years. Since retirement in October 2018, I have returned to Australia to be with my family. Now…that question I was asked 9 years ago REALLY hit home. What am I going to do now?

It was time to reignite the 4B fire. By chance, I met someone at a charity event who ran a digital agency building websites and creating social media strategies for brands. We went through our original material and content we had previously created, made a few tweaks, and began with the build of our website. As Sam, Tom, and George were all still playing football, I floated the idea to my brothers that I would take the reins and push the brand to a position where it could be launched. I would report back to them regularly to keep them up to speed with each stage.

I have learned so many lessons in business over the past 2 years and have been extremely lucky to lean on good friends and other business owners for their advice along the way. It is an experience that I am thoroughly enjoying because I am so passionate about my family and what our brand represents, although it hasn’t been without it’s challenging moments. These experiences are definitely worth sharing with you as we continue along this journey.

After coordinating a couple of photoshoots to showcase our FIRST collection, we created enough content to start pushing the brand through our social media campaign which was launched on 12th June 2020 – a very exciting moment for my brothers and I. We have been overwhelmed with the support and following we have received and it was outstanding to see all of our hard work come to fruition.

Now that we have finally launched our website, it’s exciting to share our first full capsule with you all. We hope you love it as much as we do. Here’s to the next chapter. 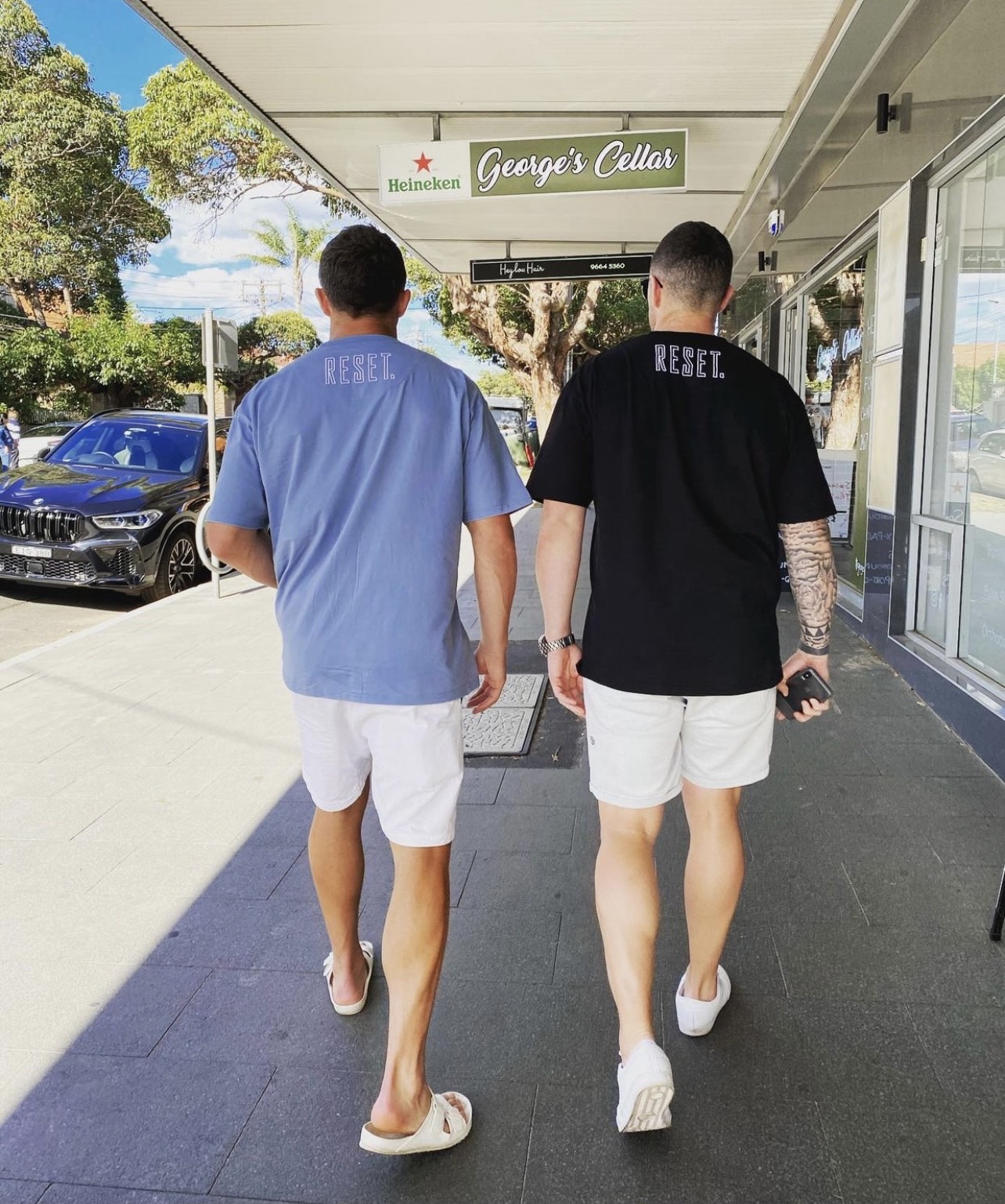 A few months ago I stumbled across this thought-provoking poem, many lines hitting home. I often refer to it when I need to reset. I thought... 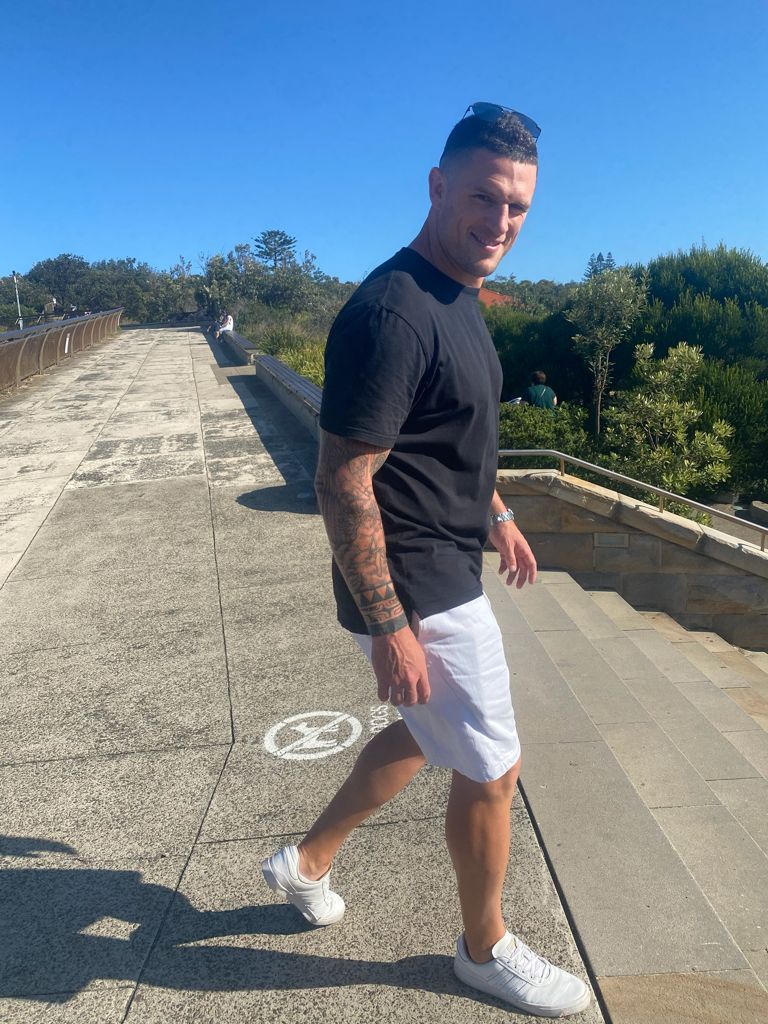 Get to know Luke

What’s one thing you can’t go a day without? Coffee!!! Lots of it. Strong Flat white is my order. What’s your favourite hobby/activity to do with... 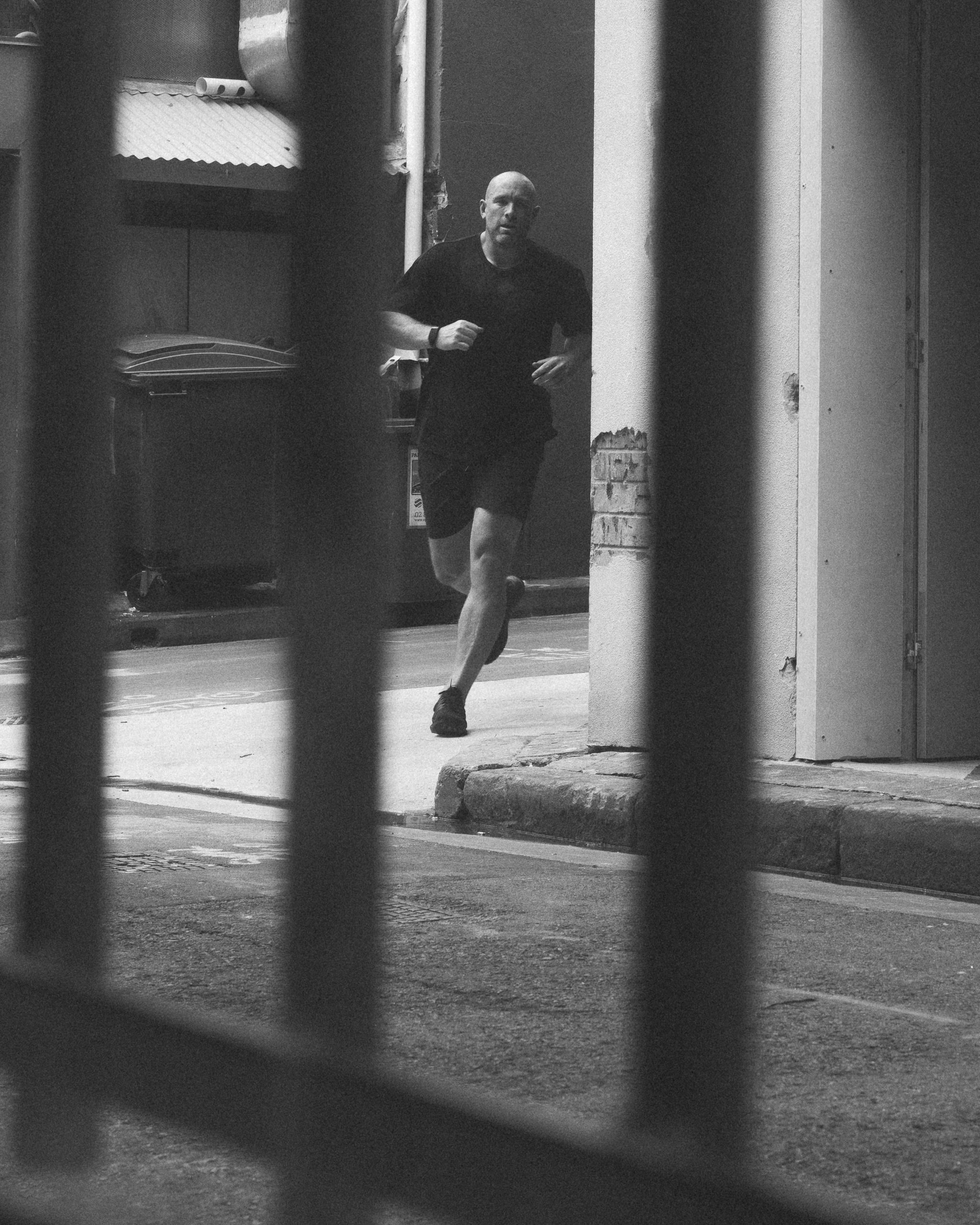 So, cabin fever’s kicking in and I’m sure we can all say we’re feeling a little sluggish our third week into lockdown. It’s more important now than... 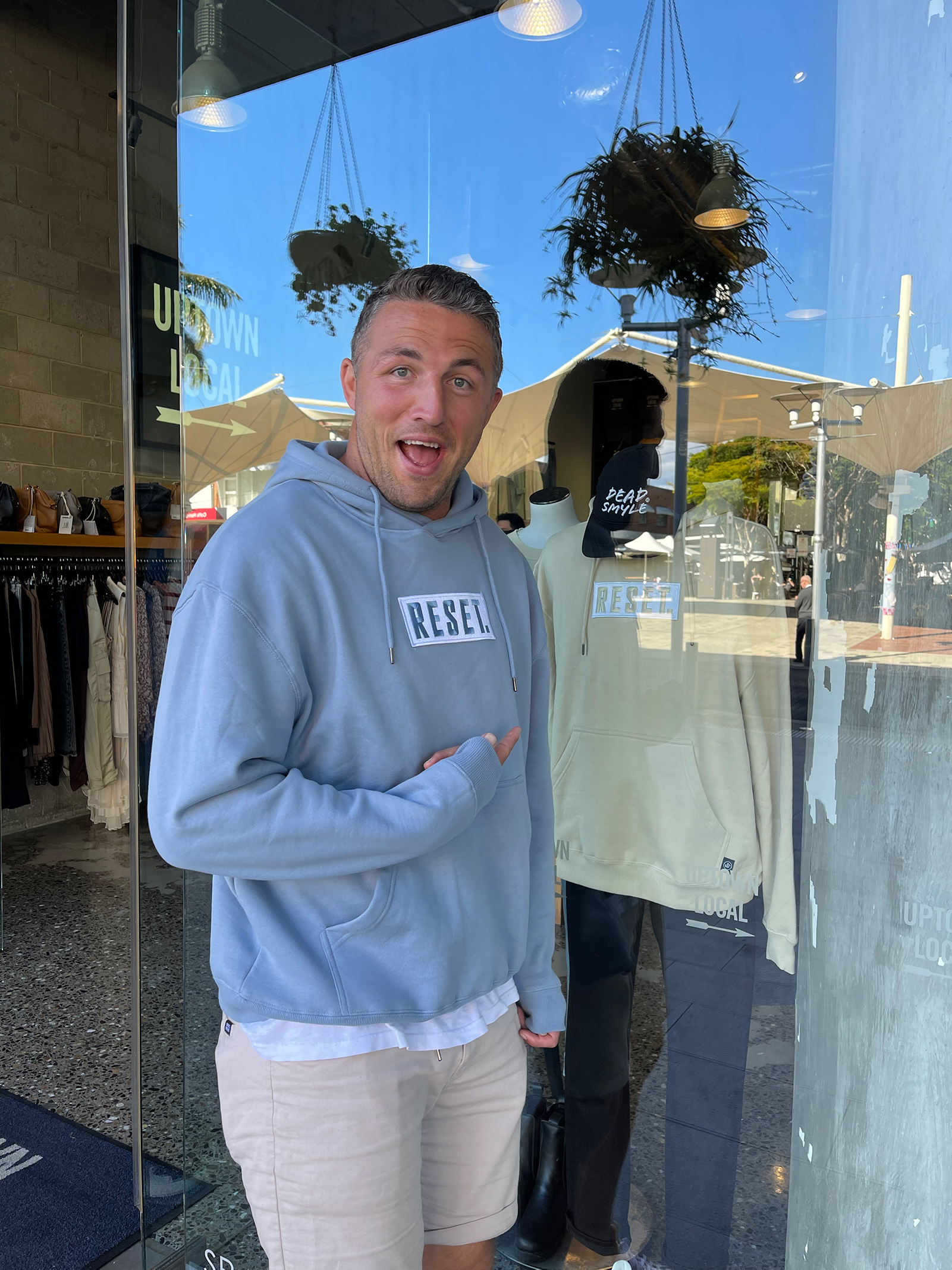 Get to know Sam

Free shipping Australia wide on orders over $100 and International orders over $200. 10% off first order: MAKEITYOURS Dismiss